Showing posts from April, 2014
Show All

04 December, 2013 - Khajjiar It was time to leave the relaxed Dalhousie for a supposedly awesome place called Khajjiar . We alighted the 9:30 am bus from Dalhousie and reached Khajjiar at 10:40 am , a decent bus journey priced @ INR 34 per head. Frank was not doing so well after the bus journey because of motion sickness but he held his own; rested for a few minutes and he was good as new J This was our first time in Khajjiar and it became quite apparent that in December it does not look like anything mini Switzerland.  However that was expected and I must say the weather and the  neighboring  forest cover was amazing. We stayed at “ Hotel Parul ” @ INR 500 per day, got a good deal since it was off season. The market place was shut for some time, due to protesters, as per the hotel attendant the entire of Khajjiar was illegally built, this was indeed a surprise to hear, since I was under the impression that the people of Himachal are honest an
Post a comment
Read more 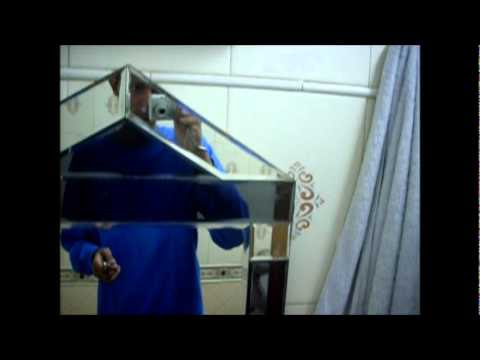 02 December, 2013 After spending the night at Pathankot station waiting area we decide to take a bus to Dalhousie. Since were four of us we inquired with the local cab stand located just outside the station, to our surprise they quoted about INR 3000 which was ridiculous considering it was barely 82  kilometers  to Dalhousie. After a leisurely 40 minutes morning walk to the bus stand we boarded the 6:30 am bus to Dalhousie @ INR 100 per head   J Reached Dalhousie at about 10:00 am and decided to stay at Hotel “ Oak Valley ” which as per our previous experience is reasonably priced and convenient being close to the bus stand. (INR 500 per day ) 03 December, 2013 – Dalhousie We did our usual walks to St. Peters church, Rajiv Chowk and Panch Pulla. After we feasted on some Momos we came across this small shop selling all kinds of trinkets along with some fancy pickles and most interestingly some exquisite wine. A
Post a comment
Read more

By Mark Gomes - April 27, 2014
01 December, 2013 - Pathankot We reached Pathankot at about 11:00 pm, the weather was nice and pleasant, felt good to be able to stretch after a long journey, surprising there were quite a few  travelers  even though it was quite late, after some chai (tea) from a stall near the station, we decided to have dinner, Dhaba style, but it was late and most of the food joints were shut, after a funny encounter between Vivek and a Dhaba guy we decided to eat some snacks from the railway canteen itself . ( Vivek went to inquire at a Punjabi Dhaba. You don’t have to be a genius to know that Punjabis use a lot of Puns. He said he was shut because he was Sikh. Vivek asked him if he could at least get some water or anything to drink. Then the Punjabi spilled a drink on his own shirt and said “this one is on me”. One pun led to another, and the whole thing ended with Vivek going Rocky on the food guy’s plums, while we chanted his name in encouragement.  Thank you Zariab for this fu
2 comments
Read more 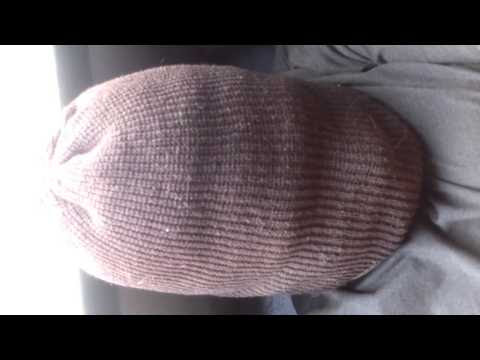 Route: Mumbai – Punjab – Dalhousie – Khajjiar – Chamba – Bharmour – Dharamshala (McLeod Ganj) – Manali – Delhi - Mumbai After last year’s Spiti trip it was time for a relaxed vacation filled with food, drink and lovely people and this is exactly how this trip turned out to be........ This time we were four Zariab my usual travel pal, Vivek (Zariab’s bud), Frank (my buddy) and me. 30 November, 2013 – Mumbai Our journey begun from Mumbai @ 12:30 pm, we caught the “ Vivek Express ” to Punjab (Pathankot) @ INR 583 , it only seemed right to travel by this train since we had Vivek travelling with us J This was by far the longest train journey that any one of us had travelled before; it was slow and gruesome - 36 hours. We mainly spent time eating, playing cards and sleeping, Vivek got us some delicious Rabri as soon as we reached Mt. Abu station – Rajasthan. Zariab unknowingly posed for a funny (scary for some) picture. There were quite a few stra
Post a comment
Read more

There is a beautiful blend of Chord tones in this solo as it is in some of the other Bill Leverty guitar solo's. See Part 4 for the breakdown of this solo.
Post a comment
Read more

This time we use the notes of the A7 Chord. A7 includes the 1st,3rd,5th and flat 7th of the A Major scale. The A Major scale has the notes,A B C# D E F# G# A. By flattening the 7th degree of the scale i.e. the note G#, we get the note G ;  which is what makes this a Dominant seventh Chord. Created and performed by  Jitendra Naik YouTube channel  -  Jitendra Naik
Post a comment
Read more

Creating a simple solo using notes of E7 Chord.  The Notes of an E Major scale are E F# G# A B C# D# E. The Chord E7 is formed using the 1st 3rd 5th and flat 7th of a major scale i.e. the notes E G# B and D. We first play the same chord in its different positions and try to connect the notes thus forming a simple solo. Created and performed by  Jitendra Naik YouTube channel  -  Jitendra Naik
Post a comment
Read more

Most of us either own or have used a D-SLR or use cameras which empower us with the ability to manually make changes to the camera settings, so it’s definitely useful to understand those setting and in time master them, while the “Auto” mode or built in presets could get you good results, learning and understanding how to use the manual functions effectively would yield you even better results and the satisfaction of being able to capture an image just the way you want it. Let’s try and understand the three main functions Aperture , ISO and Shutter Speed . 1) What is Aperture? Aperture is the opening in the lens through which light passes and enters the body of the camera.   The larger the opening the more light gets in and inversely the smaller the opening the less light gets in. Aperture is measured in F-Stops and determines the size of the aperture, for example f/1.4, f/2.0, f/2.8,f/4.0,f/5.6 etc. It’s important to keep in mind that the small number f/1.4 is l
1 comment
Read more

How to choose a Good Headphone and what do the Specifications mean?

By Mark Gomes - April 09, 2014
I recently purchased a Headphone and spent some time researching and understanding what the specifications meant; so that I could get the one that best fit my needs.  I hope the below mentioned details helps you in buying the right headphone and saves you time by not having to look elsewhere.    Before we get into specifications that would usually be mentioned on the packaging or on the manufactures web page, let’s talk about the different types of headphones and choose the one that best suits your requirements. Open Headphones – On-the-ear Headset also called as Supra-aural Headset. These types of headphones are designed to allow some ambient noise to mix with the headphones output creating a much better Bass and slightly better sound quality overall. They are lighter and sound natural, however people around you may be able to hear what you are listening to. You might also need to increase the volume if you are outdoors or in an area with substantial ambient noise.
Post a comment
Read more

How to Install SKSE for Skyrim 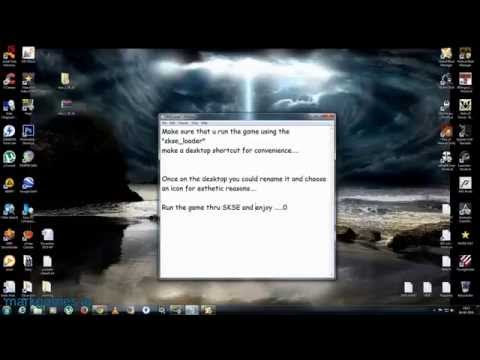 A quick tutorial on how to install SKSE (Skyrim Script Extender) to your Skyrim game using NMM (Nexus Mod manager) SKSE is a requirement for some of the best mods that are available, it facilitates the use of custom script threads which can be used to create complex quests, interactive User interfaces, real time mod customization etc.. NMM is a mod manager that has been created by Nexus it helps to install, un-install and manage mods effectively and seamlessly. Latest Version of SKSE -  http://skse.silverlock.org/ Latest Version of Skyrim -   1.9.32.0.8 NMM -  http://www.nexusmods.com/skyrim/mods/modmanager
Post a comment
Read more
More posts