Showing posts from July, 2011
Show All 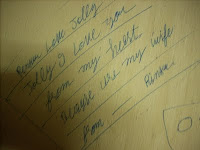 Reached Shimla HP at about 6:15 pm, it was extremely difficult to find a Budget hotel after spending about 35-40 mins with our luggage we settled for Hotel – Vatika @ INR 350 which is below the market area of Manali, about 15 mins walk. The hotel was undoubtedly the worst budget hotel we stayed in the mattress below the sheets had stains there was graffiti inside the cupboard doors, the wiring for the mains in the rest room was exposed, since it was a question of one night so we decided to tough it out. The next day Sep’28 we explored the area near the Shimla market also called as the Mall, visited the Trishul bakery for some tasty treats, the Rendezvous Bar and the Christ Church near the Ridge , unfortunately it was closed at the time, it is the second oldest church in Northern India. This was the only place during our journey that we spotted a pizza shop ; the area is very similar to the Fort area in Mumbai in terms of Architecture and people density.
Post a Comment
Read more 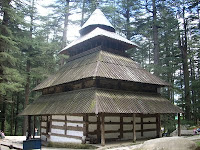 Reached Manali - HP at 5:30 pm after a few attempts we finally found a budget Hotel – Vijayant @ INR 300 per day, the room had a good view of the market area of Manali, there is SBI ATM near the strip. Hidimba Temple Sep’23 we trekked about 2km from the Manali market to Hidimba Devi Temple which is an ancient cave temple dedicated to Hidimbi Devi, sister of Hidimba, who was a character in the Indian epic, Mahabharata, The temple is surrounded by a cedar forest at the foot of the Himalayas. The sanctuary is built over a huge rock jutting out of the ground, which was worshiped as an image of the deity. The structure was built in the year 1553. Mahamaya Durga Temple About 1.5 km from Hidimba Temple we reached the interiors of the sanctuary, on the way up the hill there are apple plantations and small huts along with cement houses, overall the hike was refreshing since the way to Hidimba Temple was toxic due to traffic and narrow roads. Sep’24 we trekke
2 comments
Read more
More posts